Twitter has closed the verification request program again. Last week, after five years, the company had restarted the program. Now, due to a lot of requests, Twitter stopped the program for the time being and said that they will start it again.

Twitter last week announced to launch its verification program once again after 5 years. Now the company has banned the verification program. After the start of Twitter verification, within a few days, so many requests went to Twitter that it had to stop this program. Also Read – indian government’s strong response to twitter, said rules will have to be accepted under all circumstances

On Friday, Twitter released a statement saying that they had a lot of verification request and now they can not request any more request. Because of this, Twitter has currently ban the verification program and said that it will be restarted. Also Read – PM Berojgari Bhatta Yojana 2021: Message going viral on WhatsApp, government giving Rs 3500 to unemployed?

After Twitter verification, the user’s account gets verified and a blue tick is put in it. According to Twitter, in order to get the account verified and put a blue tick. It is important for your account to be authentic, real, notable, famous and active. Also Read – IT rules 2021: What are the new IT rules? What is ‘upset’ about WhatsApp, Facebook and Twitter

Under Notable, your account must fall into one of these 6 categories. This time around, Twitter has said that it will add some more categories to Notable by the end of this year. Apart from this, Active means that your Twitter account should be constantly running for the last 6 months. Your complete information like name, number, email address, profile picture should be updated. Apart from this, due to the violation of the rules of Twitter, your account should not be ban for 12 hours or 7 days in the last one year.

To send a Twitter verification request, you have to go to the settings of your Twitter account and choose Request Verification, within which 6 categories of Notable fall. One has to choose one of them. However, now Twitter has stopped this process, because there is a lot of request in its backlog. 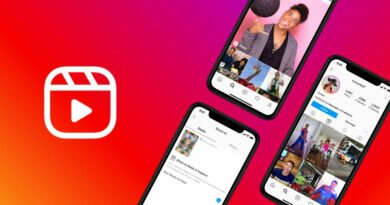 OTP will no longer be required for WhatsApp verification, new Flash Calls feature is coming

One thought on “Twitter stops taking verification request, will have to wait for Blue Tick”