The launch date of OnePlus Nord CE has been announce. This phone will be launch on June 10 during the Summer Launch Event. Along with this, OnePlus TV U Series will also be launch. This has been confirm by the company. This upcoming phone of the company will come as a scavenger of OnePlus Nord N10 5G, which was launch in Europe in October last year. Also Read – OnePlus Nord CE 5G: specifications before launch, 64MP camera and Snapdragon 750G SoC processor

Apart from the phone, if we talk about OnePlus TV U series, then three models 50 inches, 55 inches and 65 inches can be lowered under it. The company has also informed that it will also expand the True Wireless Stereo (TWS) this year. Also, according to a report, the company is also working on the successor model of OnePlus Nord N100, which will be OnePlus Nord N200 5G. Also Read – Stadia Premiere Edition getting free with these phones of OnePlus, offer for a limited time

Much has been learn about the features of OnePlus Nord CE and OnePlus TV U series before launching. Come, know with which specifications the phone and TV series will be launched. Also Read – You will be able to buy OnePlus Nord CE 5G from this date, the price will be very low

These features can be find in OnePlus Nord CE:

According to the information, this upcoming phone from OnePlus can get a 6.4-inch screen, at least 6GB of RAM and a Qualcomm Snapdragon 700 series chipset. This phone can be equip with 48MP primary camera. According to Leaks, its display will have a refresh rate of 90Hz.

OnePlus TV U series can be launch with these specifications:

The company has not provided any information about the upcoming OnePlus TV U series. According to a recent report, it will have three TVs with 50-inch, 55-inch and 65-inch displays. These models will come with 60Hz refresh rate, HDR10 +, HLG and MEMC support, along with 30W speakers with Dolby Audio and HDMI 2.0 ports for connectivity. The series will run on Android 10 and will come with Google Assistant and Smart Voice Control support.

There is no more information about the specifications of this phone and TV series. Their exact price and specifications will be know on the day of launching i.e. 10 June. 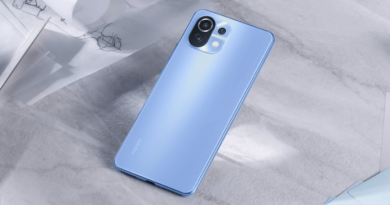 Exclusive: Xiaomi Mi 11 Lite 4G will be launched in India this month, know everything from price to features

2 thoughts on “OnePlus Nord CE and OnePlus TV U Series to be launched on 10 June, specifications will be available”