Xiaomi Mi 11 Lite smartphone has been launched, in which 64MP triple rear camera setup has been given. To give power to the phone, a 4250mAh battery is provided. It has a Qualcomm Snapdragon 732G processor, which comes with up to 8GB of RAM.

Xiaomi has launched a new smartphone Xiaomi Mi-11 Lite in India. The company has launched the 4G variant of this phone in India, which comes with strong features. It has a Qualcomm Snapdragon 732G processor, which comes with up to 8GB of RAM. This smartphone with a 64MP main camera will work on MIUI 12 based on Android 11. The company has launched this phone in three colors – Jazz Blue, Tuscany Coral, and Vinyl Black. Let us know its special things. Also Read – Xiaomi Mi 11Lite with 64MP camera, up to 8GB of RAM and 4250mAh battery launched, will start on this date on Flipkart

Mi 11 Lite smartphone has been launched in two configurations and three colors. The base variant of the phone i.e. 6GB RAM + 128GB storage is price at Rs 21,999. At the same time, its 8GB RAM + 128GB storage variant has been launched for Rs 23,999. This phone can be purchased from the e-commerce platform Flipkart. Its first sale will start on July 25 at 12 noon, while its top variant will go on sale on July 28. A discount of Rs 1500 is available on the phone at HDFC Bank. Let us know that with the smartphone, the company has launched Mi Watch Revolve Active, which costs Rs 9,999. Also Read – Xiaomi Mi 11Lite will be launch today, know what will be the price and features

Xiaomi Mi 11 Lite flaunts a 6.55-inch FHD+ AMOLED display with 60Hz/90Hz refresh rate, 240Hz touch sampling rate, and 2400×1080 pixels resolution, and punch hole cutout. The handset works on Qualcomm Snapdragon 732G processor, which comes with Adreno 618 GPU, up to 8GB of RAM, and 128GB of storage. Also Read – Xiaomi Mi 11 Lite will be launched in India on June 22, know what is special

A triple rear camera setup has been giving in the phone, in which 64MP main lens, 8MP ultra-wide-angle lens, and 5MP macro lens have been given. There is a 16MP selfie camera on the front. The side-mounted fingerprint sensor has been giving in Xiaomi Mi 11 Lite smartphone. The smartphone works on MIUI 12 based on Android 11. To power, the device, a 4250mAh battery and 33W fast charging support are provide. For connectivity, 4G, dual-band Wi-Fi, Bluetooth, GPS, and USB Type-C port have been provided.

iQoo Z3 will be launched in India today, know specifications and price 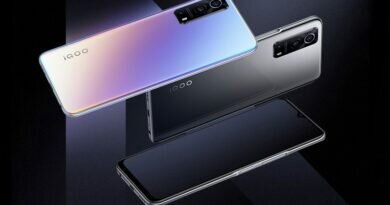 iQOO Z3 price leaked before launch, you will get great features including 120Hz display, 64MP camera