The first day of ‘The Launch Party’ of Battlegrounds Mobile India was completed yesterday i.e. on Thursday. The top 18 creators of the country fought it out in three matches. The first official BGMI tournament attracted great audience interest, so the number of spectators exceeded half a million. Also, Read – BGMI 1.5.0 APK download link is fake, your account may be hacked

At the end of the first day, Team Snax topped the overall points table with 31 kills and 76 points. Snax along with Team India have wiped out the lobby by winning all three matches of the day. Also, Read – Krafton to Announce Battlegrounds Mobile India Esports Tournament on July 15

Team Kronten finished second with 22 kills and 36 points, followed by Team Ronak with 13 Frags and 35 points. Two of the most popular teams are Team Mortal and Team Dynamo and the fifth and fourth places. Also, Read – PUBG Mobile 1.5 Ignition Global Update APK Link, Know How To Download

The second and third matches were played on Miramar and Sanhok maps and here again, the team Snax topped with 12 and 8 Frags. In the second match, Team Antaryami took second place with 8 kills, while fan-favorite Team Mortal and Team Dynamo took five and six kills. In the third match, Team Mortal again made six Frags, while Team Sangwan eliminated nine enemies in the lobby.

With just three matches left, it seems unlikely that any other team will knock out the Indian team with a lead of more than 40 points.

Of the total prize pool of Rs 6 lakh, the winner will get Rs 3.3 lakh, while the runner-up will get Rs 1.5 lakh. The third-place team will get one lakh rupees. The winner of special pan fight matches will get prize money of Rs 10,000. 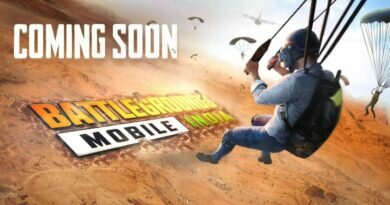 #BanBattlegroundsPUBG Top Trend on Twitter, ‘Eclipse’ to be seen at the launch of Battlegrounds Mobile India?