Looking at both the phones of DIZO, the attention of JioPhone comes. Both the devices have keypad, small screen and DIZO is written in the middle of these two. There is also a single camera on the back of both the phones. Let us know about them in a little detail.

Realme will probably soon launch two feature phones with keypads. Both these devices will be part of the Dizo sub-brand of Realme TechLife. The DIZO Star 500 and Star 300 have been spot on China’s 3C and FCC certification websites. Also Read – Realme GT 5G: Price, Colours, Variants and Specifications Revealed Before Launch

Seeing these two phones, the attention of JioPhone comes. Both the devices have a keypad, small screen, and DIZO is written in the middle of these two. There is also a single camera on the back of both phones. Let us know about them in a little detail. Also Read – Realme Narzo 20 with 6000mAh battery, 48MP camera, and 4GB RAM can be bought on EMI of just ₹ 505, discount on Flipkart

The DIZO Star 500 has a bigger screen than the usual running feature phones. There is a keypad at the bottom of the screen. It is a dual-SIM phone but its connectivity is limit to dual-band 2G. There is a single camera on the back of the phone and a big DIZO is written at the bottom. The phone packs a 1,830mAh battery and supports a micro-SD card as well. Also Read – Realme C25s Price and Specifications Leaked, May Launch on June 12

The design of the DIZO Star 300 is quite basic. There’s a small screen up front, a keypad at the bottom and a single camera on the back. Here too there is a big DIZO branding on the back. The feature phone packs a 2,500 mAh battery, a large speaker grille, dual-SIM slot and a micro-SD card slot.

It is not yet knowing which operating system the feature phones of DIZO will work. The DIZO Star phones are expect to run on a different OS similar to the JioPhone.

Realme announced the DIZO sub-brand last week. The company also said that it will launch AIoT and other smart products under this brand name. According to the information received so far, Realme Buds Air 2 and Realme Watch lying in the portfolio of Reality can also be launched under DIZO branding. Apart from these, according to a news, DIZO is also working on Bluetooth speaker and vacuum robot.

Realme C25s price and specifications leaked, may launch on June 12 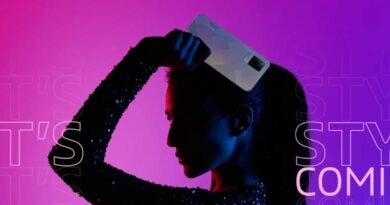 Vivo Y73 will be launched in India soon, can be a strong budget gaming smartphone

One thought on “Reality will soon launch a feature phone with a keypad, JioPhone will get competition”