According to the Sensor Tower report, Tencent’s PUBG Mobile has generated revenue of $258 million this month. This amount comes to about 1885 crores. Game earnings have seen a 5.2% year-on-year increase over May last year.

Data analyst firm Sensor Tower has come out with a list of the world’s top grossing mobile games. According to this, PUBG Mobile is the second highest grossing mobile game in the world in May 2021. Also Read – PUBG Continental Series has started, the winner will get a reward of 7 crores

According to the report, Tencent’s PUBG Mobile generated revenue of $258 million this month. This amount comes to about 1885 crores. Game earnings have seen a 5.2% year-on-year increase over May last year. Also Read – Battlegrounds Mobile India thanks Indian users, know details related to APK link

Sensor Tower states that 56.6% of this revenue has come from China where Game for Peace, the localized version of PUBG Mobile, runs. The second largest part of PUBG Mobile’s revenue has come from America. The money from here is 11% of the total earnings of the game. Also Read – 5 Best Characters In Free Fire OB28 Update, Your Gaming Will Be Banged

which game is on top

MiHoYo’s popular game Genshin Impact is at number three. Roblox and Lineage M Games were at number four and fifth. In this list, the battle royale game Garena Free Fire was at number eight.

According to Sensor Tower, May 2021 has been the best month so far for Free Fire in terms of player spending. The game grossed $107 million this month, a 29.4% increase over April. Free Fire is at number two in the top-grossing list of Google Play Store. 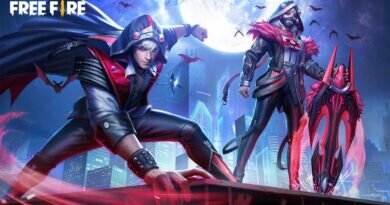 Free Fire OB28 Update: What will happen after the new update? everything you need to know

BGMI Season 20 will start on this day, details of the new season’s Battle Royal Pass revealed

The first day of Battlegrounds Mobile India The Launch Party is over, know which team did the most kills