The mobile version of Valorant is going to be launched soon. The game was relaunched last year. This game is very different from other battle royale games. Let us tell you about this game and also tell how it is different from games like pubg, free fire and cod mobile.

Valorant is one of the most popular tactical shooter games of all time. This was relaunched in June 2020. After that its popularity has increased once again. Now the developers of this game, Riot Games have made a suggestion that Valorant can be launched on the mobile platform soon. Also Read – #BanBattlegroundsPUBG Top Trend On Twitter, Will ‘Eclipse’ At The Launch Of Battlegrounds Mobile India?

Recently, Valorant has completed one year since its relaunch. On this occasion, the developers have announced to bring this game to mobile. However, Valorant Mobile will be quite different from other battle royale games like PUBG Mobile, Call of Duty, or Fortnite. If you do not know about this game, then let us tell you what Valorant is and how its mobile version will be different from other battle royale games. Also, Read – How to Unlock Sickle Melee Weapon in Call of Duty Mobile Season 4? Know full details

Valorant is a tactical shooter game. This divides 10 players into sets of 5-5 to form two teams. This game is like a classic shooting game counter strike. In this, one team is tasked with bombing a bomb site, while the other team is tasked with preventing the first team from reaching their goal. Also, Read – These 5 Characters In Free Fire’s New OB28 Update Are Amazing, Will Help Win The Game

In addition to planting or detonating bombs, each team can also win rounds by killing all members of the opposing team. Players start out with even basic weapons and have an in-match economy system, where they earn temporary currency at the end of each round. With this currency, players can buy powerful weapons.

The game’s maps have also been designed by CS: GO map designer Salvatore Garozzo. For this reason, this game is different from Counter-Strike. Valorant’s Agents and their abilities protect Valorant players, called Agents, in Counter-Strike, rather than controlling a SWAT/SEAL team or a team of terrorists.

Each player can choose his agent and play with him before the start of the match. Different agents have different powers in this game. These can be offensive, defensive, or tactical abilities that are unique to each agent.

In this game, players use a combination of special abilities like superpowers along with their shooting skills. Agents who play this game include Jett, Phoenix, Reyna, Raze, and Yoru.

After all, there’s a special setting in the game’s settings called ‘Controllers’, which lets you control the sitelines of the map, which will help you win matches. This category of agents includes Viper, Brimstone, Omen, and Astra.

The game has a default unranked mode. In this mode, they face each other in a 25-round match. Although there are many other modes in this game like Spike Rush, Deathmatch, Escalation. The rules for these different modes are also different.

5 special weapons of Battlegrounds Mobile India, which will give ‘Chicken Dinner’ to new players too 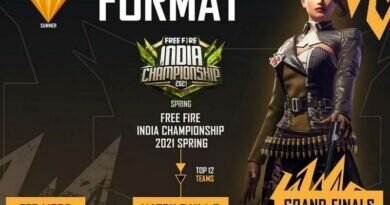 Free Fire Pro League 2021 Summer begins, the winner will get a reward of ₹ 35 lakh

PUBG Continental Series begins, the winner will get a reward of 7 crores