There are tons of weapons available in Battlegrounds Mobile India that come with different game styles and stats. If you are new to the game then you should choose the guns which are easy to operate. Let us tell you about five such weapons of this game.

Battlegrounds Mobile India is the Indian version of the popular battle royale game PUBG Mobile. Hu-Bahu is PUBG Mobile with some changes. There are many weapons in the game that come with different game styles and stats. If you are new to the game then you should choose the guns which are easy to operate. Let us tell you about five such weapons of this game. Also, Read – When will Battlegrounds Mobile India launch? Know what the reports say

S12K
There are many shotguns available in Battlegrounds Mobile India but the easiest to operate is the S12K. The S686 fires only two rounds back to back after which it has to be reloaded and the S1897 has 5 rounds but each fire has a cool-down period. The S12K overcomes the shortcomings of both. In this, the fire is also back to back, and then reload has to be done after 5 or 7 fires.

M416
Like PUBG Mobile, M416 is one of the easiest weapons in Battlegrounds Mobile India too. This is an assault rifle that works well in mid-range combat. Its recoil is much less than a gun like the AKM, due to which it is easy to operate.

Scar-L
Like the M416, the Scar-L gun is also an Assault Rifle Weapon. It comes in handy in mid to close-range combat and due to its low recoil, it is quite easy to operate.

M24
Along with SMGs, shotguns, and AR weapons, you’ll also need to wield a sniper rifle in the game. The easiest of the bolt-action SR weapons to operate is the M24. Its high damage rate and accuracy make it a great sniper rifle. 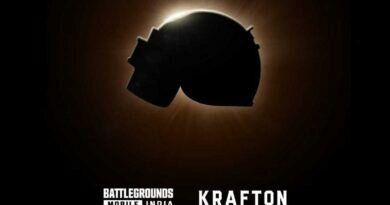 Battlegrounds Mobile India will be able to play even on budget smartphone, company confirmed